During the holiday season there are lots of parties.  I’ve attended a few already!  The first was a Christmas party hosted by The Collective Gentlemen Group.  The Collective was formed several years ago and has grown to 16 members. One of The Group members (see my Halloween post) is a member of the Collective.  The Group often support each other’s endeavors.

These men gave an AWESOME party, and guests are still talking about it!  They hooked it up!  I was TOTALLY impressed.  To begin with, it was an after five event and guests were expected to wear appropriate attire.  And they did! The event included wine tasting, catering by celebrity chef (Food Network) Kris Kyler, waitstaff, a live band, DJ, open bar and me, the event photographer.  I usually don’t photograph indoor social events as a result of having to constantly adjust my camera settings to accommodate the change in ambient light when walking through a venue. However, this event was an exception.

From my photos it is evident that everyone had a great time!  EVERYTHING, and I mean everything went very smoothly!!!  The food was delicious, the band was excellent; the DJ kept the crowd energized; and I captured it ALL.  These guys know how it’s done! I would definitely attend another event sponsored by the Collective! Well done Gentlemen!!

Now, most of my friends and family know that I absolutely love to take candid photos, and this night was no exception.  I took pictures of everything that was happening and no one objected.  There were two people who actually couldn’t object because they were sleeping, a little too much fun I suppose.  I won’t post those pictures.  I just don’t think that would be appropriate, although I think I’ll make copies available to them.

Following are a few pictures of the Collective members, party guests, and me of course!

The Collective. The men wore hats to identify themselves as members!

Kris with me and my girls!

Another member of the “Collective”, who manned the bar. 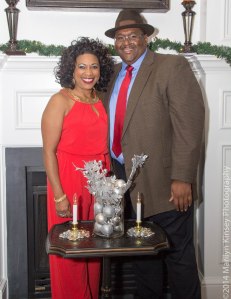 “The Group” members. He is also a “Collective  member.

Me with my sister and K.H. 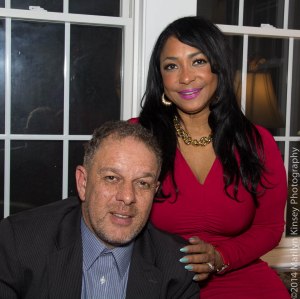 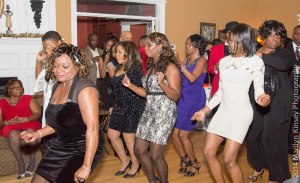 One thought on “Tis the Season: Holiday Parties”